At the altar of the sun 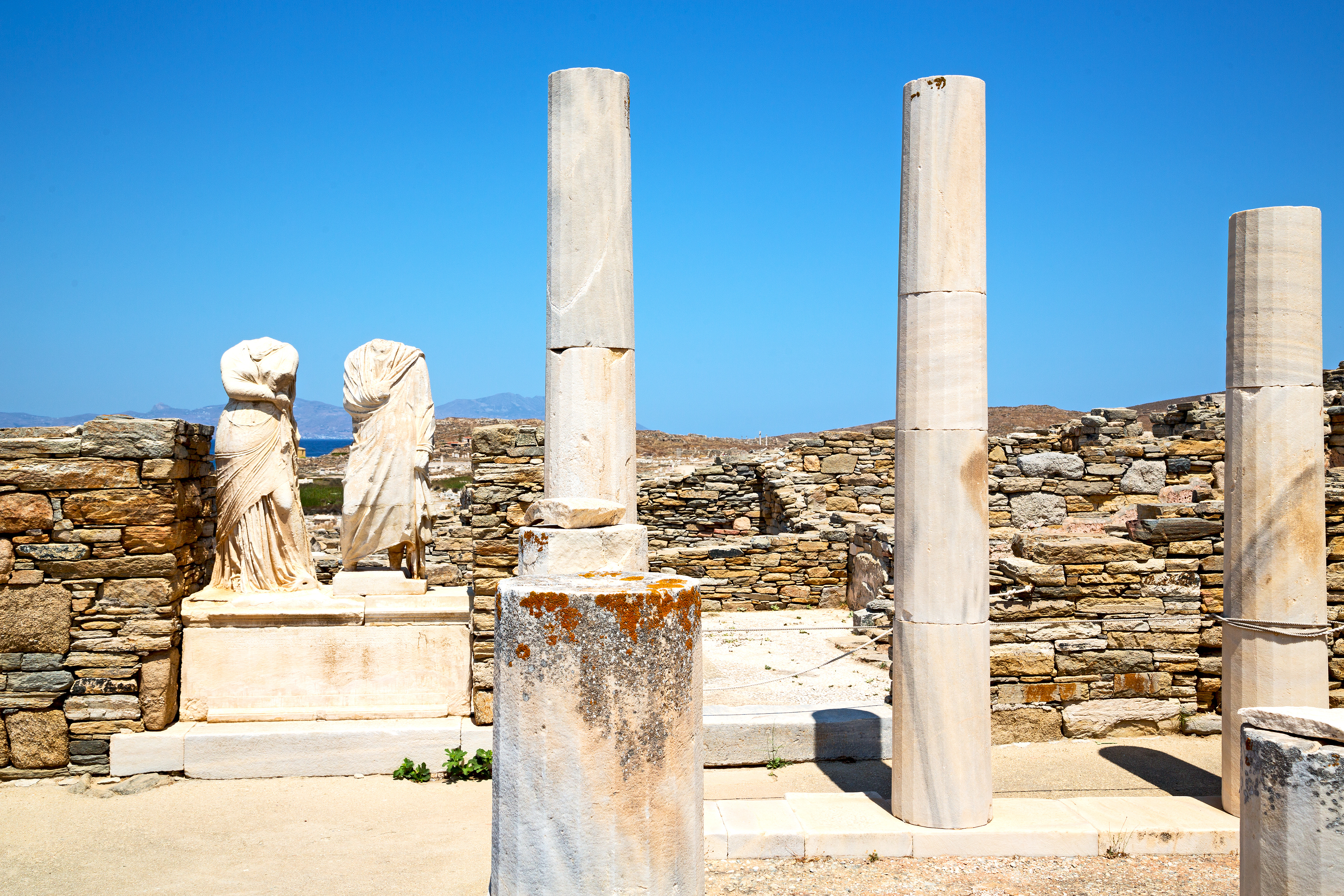 Located only one mile from the west coast of Mykonos, in the center of the Aegean Sea, Delos is a world pilgrimage of culture; for centuries it was the powerful capital of the world, a stone in the sea bathed in light.
The Cyclades owe their name to the fact that they encircle Delos, to protect and honor the sanctuary of the god of the sun, Apollo.

In the beginning, the light

Mythology tells us that the island was floating in the sea and was originally called Asterias (starfish). Zeus chose this island to give shelter to his beloved mistress Leto, who was pregnant with his two children, to hide her from the wrath of Hera his wife. He asked his brother Poseidon, god of the sea, to keep still the wandering island so that Leto could give birth. As the myth goes, the moment Apollo was born the island ceased to be covered by waves and became Delos, meaning visible. A bright light appeared to honor the birth of the god of the sun; to this day, this is the place on earth where visitors experience the exceptional clarity and brightness of the sun light reflecting under the vast sky onto the crystal clear blue sea. Artemis was born 9 days later and is considered the nocturnal light goddess in mythology.

An island of many civilizations

Homer, makes reference to Delos in his Homerical hymn to Apollo Delion about the island that became sacred with the birth of the god of light.
Archaeological findings from Neolithic times show an advanced culture that spread  throughout the Mediterranean Sea.
Excavations have brought to light the temple of Isis, a small Doric temple of Serapis, Isis and Anubis proof that Egyptians worshiped their gods on the island. There is the Agora, the marketplace, the synagogue,the Minoan fountain, the establishment of Poseidoniasts from Beirut and so many more. This island of “diverse antiquity” offers the visitors a picture of globalization, like it was 2.500 years ago.

A millennium  before Apollo was worshiped in Delos, the island was a sanctuary of Zeus on mount Kynthos. This is a place of very ancient civilization.

Delos is considered one of the sacred places in Greece and it is protected to preserve its antiquities. No one is permitted to live there, and visitors are not allowed to stay after sunset.

UNESCO in 1990 inscribed the island on the World Heritage list because of the importance of its exceptional archaeological sites.

Delos represents the strength of the few things that remain important through time and are the cornerstone of who we are. Philippos Hellenic goods was created with this value in mind.

The taste sensations and the pleasures of healthy choices.
Our products available for you at your home from Greece.